Fears UK could follow the US into opioid crisis 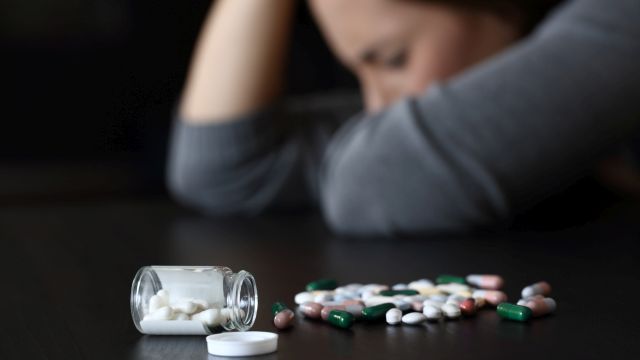 Overuse of powerful prescription medication could lead to an addiction crisis in the UK similar to that being seen in the US, mental health professionals are warning. The opioid crisis in the US is well known and the subject of much debate and media coverage; overdoses involving opioids contributed to over two thirds (67.8%) of overdose deaths in the US in 2017 alone, with 47,600 deaths in total. Britain has the world's third fastest-growing rates of opioid use and there are fears a similar crisis could soon be seen here.

Public Health England (PHE) looked at the use of five classes of drugs – opioids, benzodiazepines for anxiety, sleeping pills, antidepressants and gabapentinoids for neuropathic pain – which all carry a risk of dependency.

They published their review showing that 141 million prescriptions were handed out for strong painkillers, antidepressants, anti-anxiety medication and sleeping pills last year. Doctors issued nearly 71 million prescriptions for antidepressants - a 97% increase compared to 2008. Opiates were up to 40.5 million - 22% more when compared to a decade earlier. And more than 500,000 sleeping tablets were also prescribed - a 10% increase.

The report takes great pains to emphasise that the drugs are clinically valuable when used appropriately, but suggests that while most prescriptions are for short-term use, sufficient care isn’t being taken to ensure patients don’t end up taking them for protracted periods that increase the risk of addiction and withdrawal problems, all placing a substantial burden on the NHS. One patient, was reportedly left on the drug for 15 years. Drugs manufacturers are also blamed for using aggressive marketing tactics to get the NHS to boost prescription of these pills.