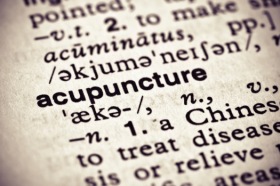 Acupuncture is an ancient system of complementary medicine that has been used by the Chinese and other eastern cultures to reinforce, promote and maintain good health for thousands of years. According to traditional Chinese philosophy, a type of vital energy - known as Qi - which exists throughout the universe and in nature, can also influence the health within an individual.

Qi flows through channels in our bodies known as meridians, and normal health is dependent on this energy being balanced and able to flow freely and smoothly around the body. The meridians are connected by deeper pathways to a related Organ system, after which they are named.

Along the meridians are various acupuncture points through which Qi and the related organ systems can be accessed directly. An acupuncturist will use fine, sterilised, single use disposable needles on chosen points based on his diagnosis, which stimulate the body's own healing response to help restore its natural balance and harmony.

How does acupuncture work? 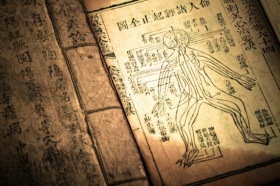 The ancient Chinese Masters simply believed that acupuncture could influence the Qi or bio-energy flowing in the channels within our bodies. They believed that the channels, known as meridians, were like rivers of energy flowing within the body which were able to irrigate and nourish our organs and other tissues. An obstruction in the movement of these rivers of energy could be compared to a dam, backing up the flow in one part of the body and restricting it in others, thus causing an imbalance and resulting in poor health.

Perfecting their skills throughout the ancient Chinese Dynasties led the Masters to believe that needling, or otherwise stimulating acupuncture points, could influence the meridians and help unblock obstructions, thereby re-establishing the regular flow through the meridians. Harmonising the flow of energy in the meridians would correct imbalances in many of the body's systems, leading to an improvement in health.

An increasing weight of evidence from Western scientific research is now demonstrating the effectiveness of acupuncture for treating pain and a wide variety of conditions. However, what is Western Medicine's theory on the mechanisms of acupuncture - how does it work?

Modern scientific explanation describes how needling an acupuncture point stimulates the nervous system to release chemicals in the muscles, spinal cord, and brain, including endorphins, serotonins, enkephalins and other neurotransmitters. These chemicals will either change the experience of pain, or they will trigger the release of other chemicals and hormones which influence the body's own internal regulating system, bringing about a normalising effect on neuroendocrine function. The improved energy and biochemical balance produced by acupuncture results in stimulating the body's natural healing abilities, and in promoting physical and emotional well-being. 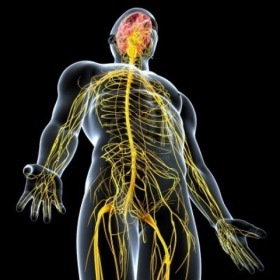 Other modern theories also look at the effects of acupuncture on the musculoskeletal system. It is thought that acupuncture may produce many of its effects by stimulating nerve fibres in the skin and muscle. These sensory nerves form a network in the layers of the skin. Needling one of these nerves can set off action potentials - the nerve's electrical response to stimulation. The action potentials spread around the network locally, an effect which is known as an 'axon reflex'. In a reaction to this, various substances are released, particularly one called calcitonin gene-related peptide (CGRP). This causes the local blood vessels to dilate, thereby increasing the local blood flow. This blood flow is also increased in the deeper tissues, which can encourage tissue healing in minor injuries and skin conditions.

Acupuncture is increasingly recognised by conventional medicine, so much so that the National Institute of Health and Clinical Excellence (NICE) now endorse acupuncture for the treatment of non specific lower back pain and also migraine and tension headaches. The NICE develop evidence-based guidelines for GPs on the most effective ways to diagnose, treat and prevent disease and ill health.